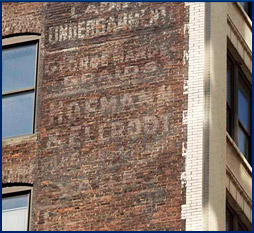 Tassel Depot, formerly known as Hofmann & Leavy, Inc., has been operating continuously since 1864. The company has its roots in New York but moved its current headquarters to Deerfield Beach, Florida in 1989.

The company was founded by two German immigrants, Florenze Hofmann and Christian Eldrodt. Edward Leavy joined the company in 1921 as a salesman after Eldrodt had already departed. When Hofmann died in 1929, his family sold the company to Ed Leavy, and its name was subsequently changed to Hofmann & Leavy.

In 1942, after serving in World War II, Ed's son Jack joined the company. In 1972, Roger Leavy, Jack's son, entered the business and was fully helping in operations by 1978, when Edward had passed.

In 1985 a second facility was created for handwork assembly in Kingston, Jamaica. April, Roger's wife, with a background in Textiles and Design, got involved with Tassel Depot in 1996. Today, Roger and April, with the help of a fabulous team, manufacture and ship tassels by the millions to their customers worldwide.