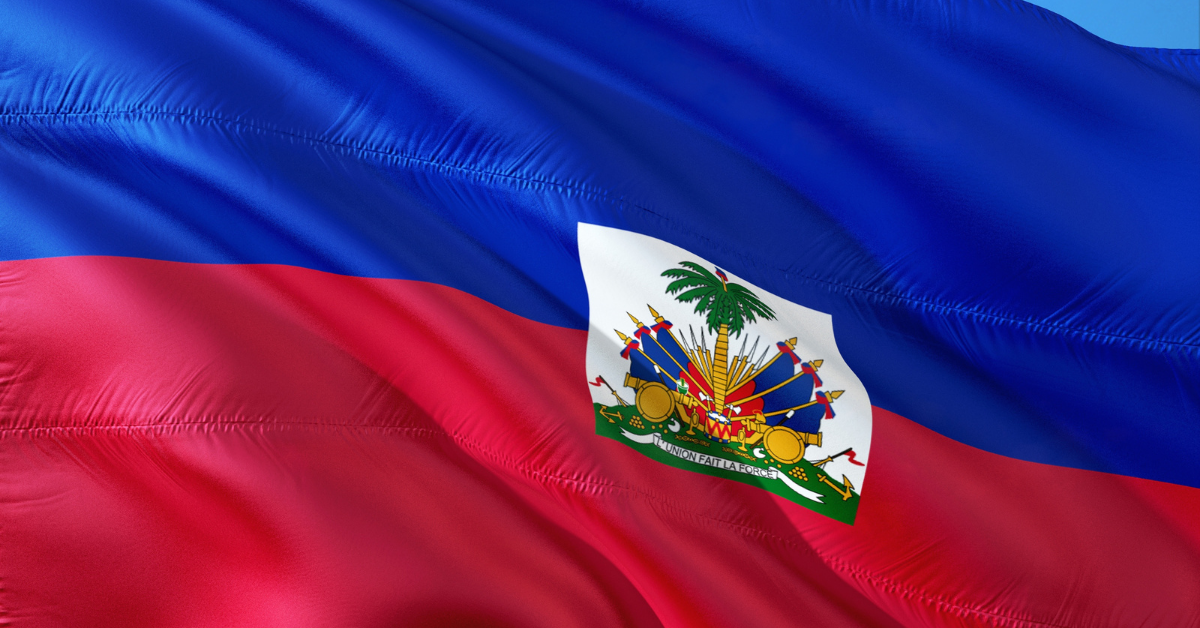 As president of the world’s largest manufacturer of tassels in the world, Roger Leavy is used to mobilizing large shipments of goods to all corners of the earth. But it was a large shipment of good that was his highest priority last month after hearing of the plight of the Haiti people following Hurricane Matthew, which devastated the tiny island with Category 4 force winds.

Leavy and his company Tassel Depot®, based in Deerfield Beach, Florida, donated a massive supply of palettes, cartons, wrapping tape and other shipping materials as well as countless hours during a relief effort conducted by B’nai Torah Congregation, a large Conservative synagogue in Boca Raton, and HOT (Hands on Tzedakah), a Boca-based charity.

“We dodged a bullet when Hurricane Matthew veered away from us and spared us from its wrath,” said Leavy. “But the people of Haiti, who unfortunately do not have the physical structures and resources we have, was devastated by this Category 4 storm. We could not stand idly by.”

In only a few days, the parties raised and gathered more than $200,000 in donations of critical supplies, as well as cash contributions of almost $30,000 that were matched by HOT and used to purchase additional supplies. A full day of collection was conducted at the synagogue with more than 1,000 people including many families with children making donations, and more than 150 volunteers on hand to triple their goal.

“We here in Boca Raton were very lucky to have missed the powerful destructive force of Hurricane Matthew,” said Rabbi David Steinhardt. “That was not the case elsewhere. Our neighbors in Haiti were devastated by it, causing significant loss of life during the storm and in its aftermath. We are a comfortable community with the means to reach out and help others.”

“The urgent response, compassion and generosity of B’nai Torah’s leadership and congregants have made this possible,” said Ron Gallatin, Chairman, President and CEO of HOT. This Boca-based 501(c)(3) nonprofit that supports essential, life-sustaining safety net projects primarily in the U.S. and Israel, initially provided a $25,000 challenge grant that was raised to $36,000 as contributions kept coming in.

“More than 150 volunteers spent Sunday unloading cars and sorting, boxing, taping and shrink-wrapping the $200,000+ in supplies donated by more than 1,000 people,” said Summer Faerman, Director of Tzedakah, Learning, Chesed (TLC) at B’nai Torah Congregation. “Among all the meaningful donors were a man who arrived with 100 new pairs of Nike sneakers, and a girl of about seven years old who handed me a Ziploc bag filled with coins she had saved from her allowance over the last seven months, who told us it was more important to help the children in Haiti than for her to keep her savings.”

Determined that the urgently needed supplies will quickly reach those in desperate need in Haiti, B’nai Torah Congregation and HOT searched for the best route and established a groundbreaking partnership with the Archdiocese of Miami, through Rev. Fr. Reginald (Reggie) Jean-Mary at Notre Dame D’Haiti Catholic Church in Miami.

For decades, Tassel Depot® is committed to numerous local and international organizations through its Tassels for a Cause® program.

“Our entire leadership is committed to helping those less fortunate,” says Leavy. “The people of Haiti were in trouble. There was no one there to help. We always want to be there to help those who can’t help themselves. It’s what we do.”

For more information about relief to Haiti, the public may contact Summer Faerman, TLC Director, at (561) 305-1228, or [email protected], or Father Reginald (Reggie) Jean-Mary, Notre Dame D’Haiti Catholic Church in Miami at 305-751-6289 or [email protected].

Established in 1864, Tassel Depot® produces the highest quality cords, tassels, and other novelty trimmings for many industries, including graduation, printing, special event, packaging, advertising, pet, apparel, accessories, restaurant, hotel, cosmetic, costume, hosiery and flag and serves every continent in the world. Its tassels and cords are manufactured in the U.S. Tassel Depot® values social responsibility to community by donating time and financial resources to many non-profits.

For press inquiries about Tassel Depot® and its community involvement, both locally and internationally, contact Andrew M. Rose from Rose Marcom LLC at 561-945-9356 or [email protected]. For more information about Tassel Depot®, visit the company’s web site at www.tasseldepot.com or call (954) 698-0000.